Children, Churches, and Daddies – “Once, I Found that I Might Be a Good Friend”

The Story is titled “Once, I Found that I Might Be a Good Friend.”  This was the first story of mine that was accepted for publication. I still think that it’s a good piece, and it has a special place in my heart.  It’s about a kid that thinks he has the tenacity to solve the world’s problems.  He does not.  The magazine is called Children, Churches, and Daddies (the stipulation for publication being that the author not discuss family or religion).  You can also click on This Link to read the story for free, but you’ll have to look for it by scrolling through the contents of the magazine.  Figure out how to buy the magazine by clicking either of the links below. 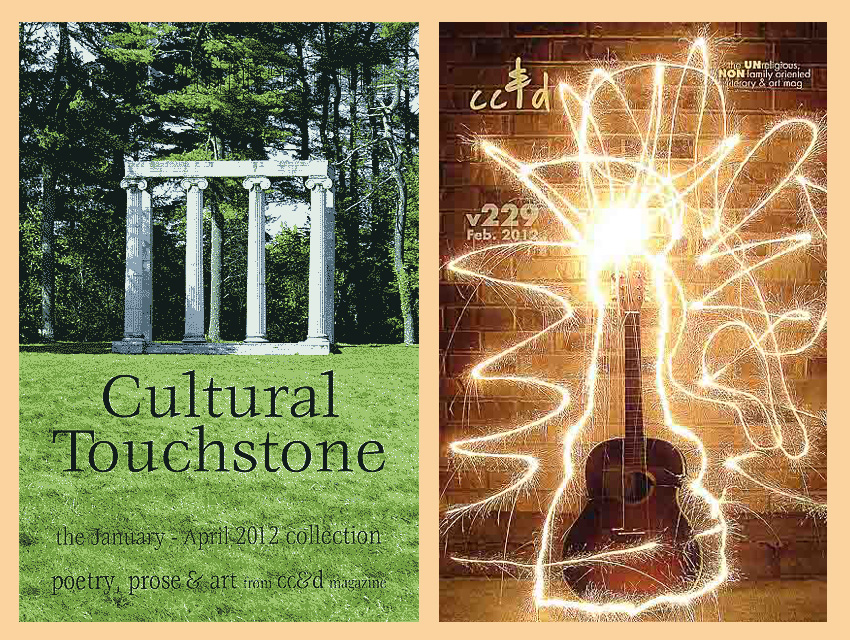 Children, Churches and Daddies (founded 1993) has been written and researched by political groups and writers from the United States, Canada, Australia, Belgium, England, India, Iran, Ireland, Israel, Italy, Malta, Norway, Pakistan, Puerto Rico, Russia, South Africa and Turkey (as well as input from both Japan and Slovenia). Regular features provide coverage of environmental, political and social issues (via news and philosophy) as well as fiction and poetry, and act as an information and education source. Children, Churches and Daddies is the leading magazine for this combination of information, education and entertainment.

All magazine published from Scars Publications are released on the web — and pre-2010 issues are also released as a free downloadable PDF file e-book (All issues have been available on a web page, as an Internet Issue, with an Internet ISSN number). In this way people can enjoy the magazine on the Internet for free.

Cc&d magazine originally started as a print-only magazine, and within a year was placed on the web. Because of years where the magazine did not exist except in collection books, cc&d magazine has made every effort to continue to have issues available for free online. Print issues are offered to people who are interested in keeping a hard copy for their own records, but since over the years cc&d magazine has been available for free on the web, free print copies are not given away.